Warning: A non-numeric value encountered in /nfs/c09/h01/mnt/140509/domains/scottbyars.com/html/wp-content/themes/Divi/functions.php on line 5806

Review of Sapiens: A Brief History of Humankind

Has this ever happened to you? You meet a new person and you hit it off so well that you think you may have found a new best friend and then….wham just like that, outta nowhere, you find yourself awkwardly nodding as they go off about some crazy shit that you know isn’t true and is contrary to all of your beliefs. How did that happen? How did the conversation get from BFF to WTF?

I had this same whiplash-inducing experience as I was reading the New York Times bestseller Sapiens: A Brief History of Humankind by Yuval  Harari. This immensely interesting book aims to explain how humans sustain large societies composed of millions of individuals when our biological capacity to maintain societies is still rooted in the savanna and to groups no larger than 150 people. He correctly points out that we currently achieve this social cohesion through cultural myths, such as religions, political ideologies, and nation-states. Bafflingly he fails to recognize the risks involved in using myth as a form of social cohesion and in turn fails to realize that to increase human well-being we must move beyond myth.

As I began reading, I was completely smitten to find a kindred spirit in Harari, who I believed understood life as I did. We were side by side as he began discussing the three main revolutions (cognitive, agricultural and industrial) that propelled homo sapien towards ever larger societies. We were gazing deeply into each other’s eyes as he explained how myth is the thin gossamer that holds societies together worldwide and just as I was about to sincerely invoke the term “brocephus” …wham!…outta nowhere…

Harari astoundingly condoned myth as still necessary to keep society together and offered no solutions to the instability and eventual collapse of all myths. Collapses -by the way- that have wreaked havoc upon human well-being since the dawn of history.

How did Harari get from “brocephus” to “you can’t be serious!?” As we shall soon see, he arrived at incredulity because he does not believe that we as humans share the same objective needs. This oversight leads to some troubling conclusions beyond his mere condoning of myths. For instance, he believes a society that green lights slavery or a caste system could be just as effective as a society where all people are treated as equals. He also believes that there is no basis for humans to claim equality with each other and in fact that we are not equal. 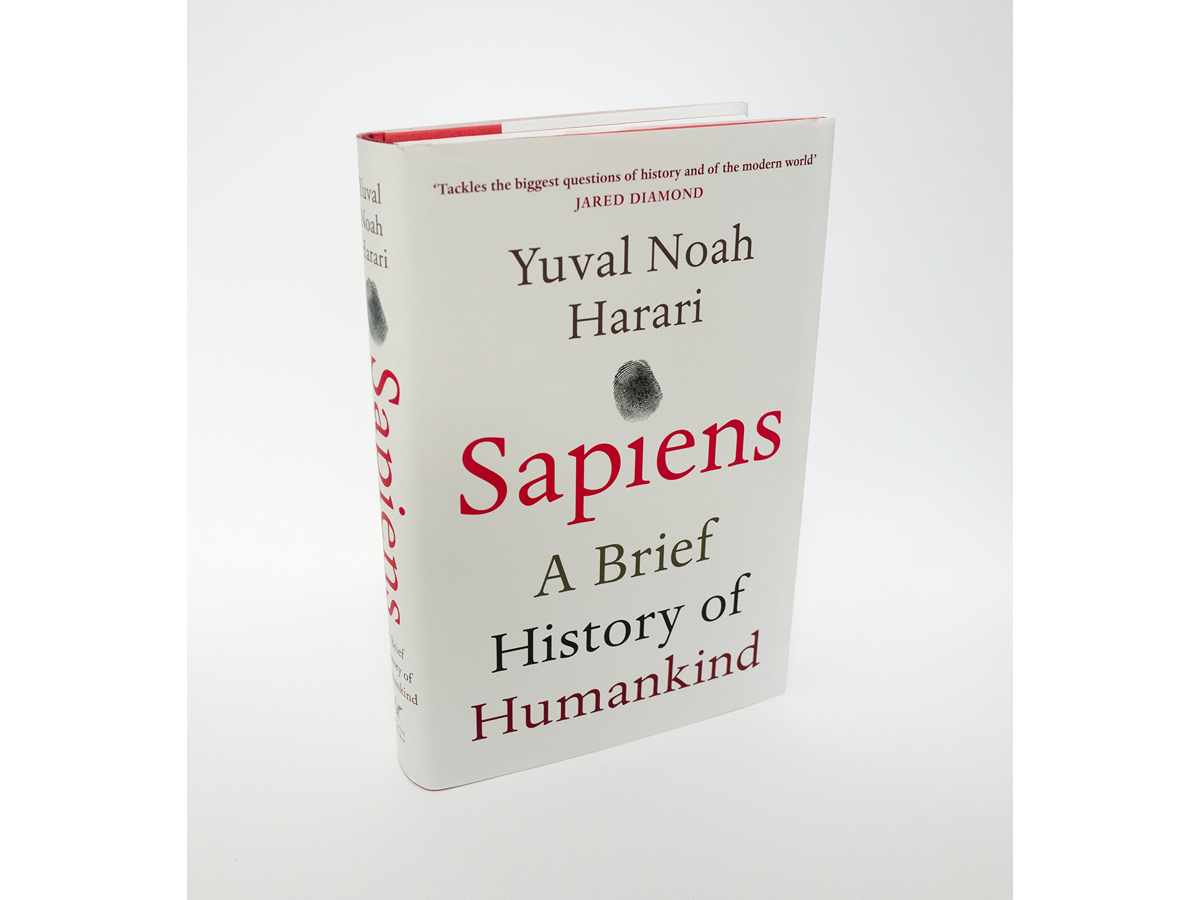 We intuitively believe in equality and abhor slavery, but in order to support our beliefs with sound reasoning we must understand human needs. Understanding the critical role of needs in increasing human well-being allows us to move beyond myth and foster social structures grounded in equality. Whether made explicit or not, needs are always at the center of any discussion on social structure. How conducive a social structure is to allowing people to meet their needs is directly related to the amount of well-being its people achieve. And it is through the well-being of its people that we determine the effectiveness of a society. To see how we can move beyond myth, maintain social cohesion, and enhance human well-being let’s take it from the beginning.

Harari begins Sapiens by discussing the three main revolutions that have helped form our current social structure: the cognitive, agricultural, and industrial revolutions. I’d long believed that the agricultural and the industrial revolutions were the only two events that really mattered to Homo sapien on a historical time scale. I had overlooked how the cognitive revolution (the doubling of Homo sapien brain mass in less than 2 million years) had paved the way for more complex social interactions and cooperation. I was delightedly enlightened and added this revolution to my repertoire. As far as the other two revolutions, we were in complete agreement. There were benefits from the revolutions of course, but also serious drawbacks. The agricultural revolution made Homo sapiens less healthy, less secure and more enslaved by hierarchy than their hunter gatherer predecessors.The Industrial revolution broke apart the family and replaced its traditional roles as provider of education, health care and welfare with dependance upon the state.

Harari was at his best however, with his coup de grace on culture. He explained how culture is composed of imagined realities created by Homo sapien to allow for cooperation on a large scale.  As he explains we didn’t evolve with the biological capacity to maintain cooperative groups larger than about 150 individuals. Our brains can only hold a finite amount of social information. Historically cooperation involved knowing and trusting people through repeated contact. However we could only know 150 people well enough to trust them. Moving beyond the 150 person limit would entail cooperating with people who we didn’t know well and interact with often. This opened the door for individuals to game the system and in turn cooperation broke down. So in order to cooperate on a large scale we invented imagined realities like religions, political ideologies, and nation states. Because surely you can trust another Catholic or another Communist or another American – can’t you?

So far so good…but it’s at this point that Harari goes off the rails on a crazy train that would make Ozzy enviously fumble for his stash.

He states that we still do not have the capacity to group into large social networks without myth. In his view myth is a necessity. He also states that there is no objective basis to judge one myth as more effective than any other as long as they both produce “prosperous and stable” societies. Therefore, a totalitarian society of masters and slaves or a society of free people…it’s all good. Troublingly he arrives at this conclusion because he believes that there is no objective way for humans to claim equality. In Harari’s view humans are not equal. If you are a slave ..oh well…all in the name of prosperity.

But hold on…Isn’t he using “prosperous and stable” as a criterion for judging the effectiveness of a myth. Why are these particular attributes presumed worthy goals of a cultural myth?

Ah… could it be that “stable and prosperous” are presumed worthy because they are conducive to helping people – at least the ones who aren’t enslaved – meet their needs and achieve greater well-being. I think that’s true. Why do we consider any society better or worse? What’s the criterion? Good or bad in relation to what? It is always in relation to how the society affects human well-being. The only criterion is if it meets the needs of the citizens and increases their well-being or if it doesn’t.

Meeting all of the various needs of all of the people in a society may sound like a daunting task. We all need something different. Right? And if judged by the variety of pop up ads on Facebook it seems like our needs are endless. But conveniently enough, we sapiens all have the same biological and psychological needs hardwired into our core DNA. We all must meet the same needs in order to achieve well-being. This fact not only makes us equal but also allows us to know what a society that enhances human well-being would look like. For instance we can rule out slavery fairly quickly. Why? Because we all have the same need for autonomy. So how could the well-being of a society be increased if some of it’s citizens are enslaved? It is well-being of the individuals in a society that make up the well-being of the society as a whole.

Since myths, by definition, aren’t based in reality they do not conform to the reality of our needs and our well-being suffers. Thus, the way to foster greater well-being is to move beyond myth to the objective reality of needs.

Human needs are the foundation on which society can be structured to foster well-being.

Admirably, Harari is concerned with the question of human well-being. He closes Sapiens by stating that the most important question a historian can ask is if human social progress has increased well-being. He has no answer, however, because he doesn’t know that we sapiens achieve well-being by meeting objective needs. He fails to realize our needs as critical to well-being because he is asking the wrong question. Sapiens is focused on how we create large stable groups to cooperate. The better question is why we want to create large groups to cooperate. If we can answer that question then we can understand the most effective way to structure society and determine if we are making progress towards well-being. 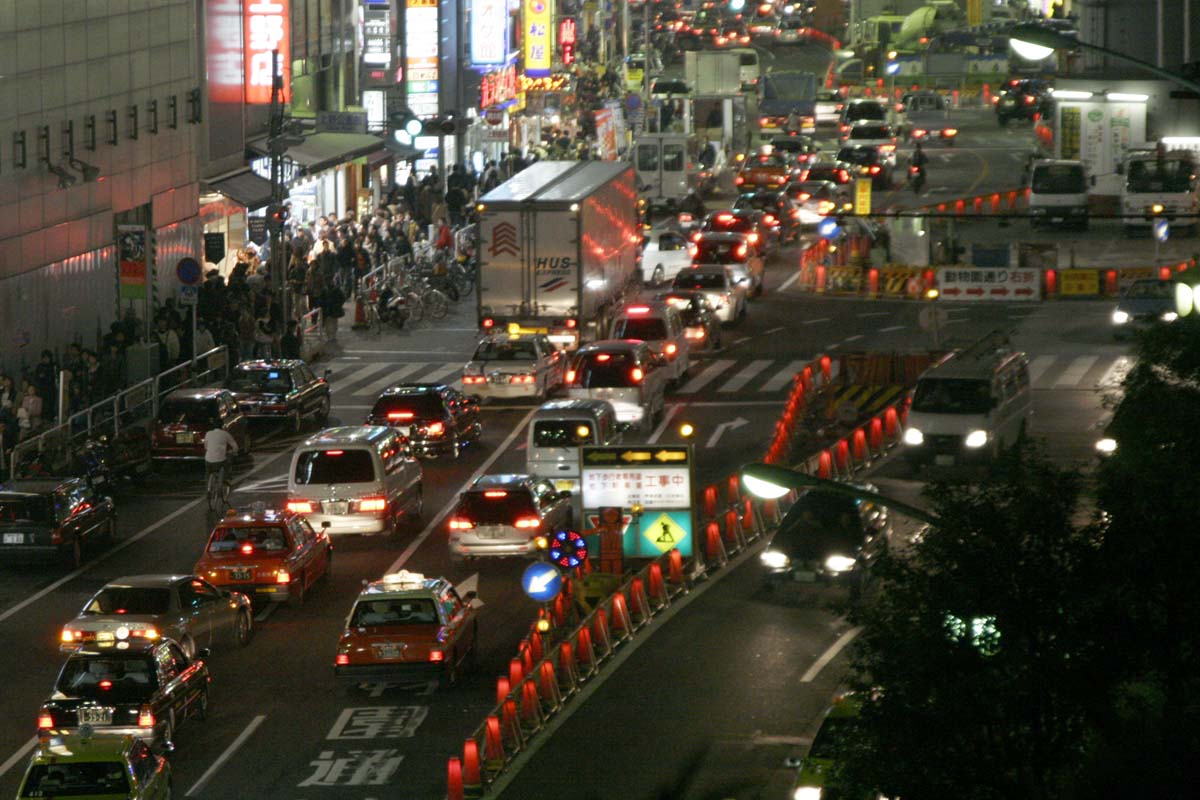 We want to create large groups and cooperate because it helps us meet our needs. The more people we can cooperate with the easier it is to get our needs met. Therefore, our ancestors were motivated to widen the sphere and include more individuals. However as previously discussed – they ran into limits. The problem then was a lack of information. They couldn’t know enough information about each individual beyond 150 to trust them. To overcome this limitation they ingeniously replaced information with myth.

Ah, how times change. What we didn’t have enough of in the past we have too much of now – information. We have social media, ratings systems and reviews of everything. We are informed. If I want to add to my vintage Pat Benatar vinyl collection I just click to Ebay and buy it from the guy living in his mom’s basement in Detroit with the 98% satisfaction rating. Or if I  want to get an AirBnB in Medellin, Colombia from someone I have never met, I read the 20 reviews of his past performance before I make my reservation and rate the experience when I return home. Ubiquitous information allows cooperation to explode – myth is an anachronism.

But it’s a dangerous anachronism.

Myth by definition isn’t rooted in reality so it is inherently unstable. The mayhem created by religions, ideologies, and nation states is legion. Historically myths have always crumbled and fell – often in quite tumultuous fashion – then they have been replaced by new myths. But through technology we have overcome our limitations based on lack of information. The costs of myth now far outweigh the benefits and it is time to move beyond myth, not replace the current derelict ones with new versions prone to the same inevitable failures. Ubiquitous information derived through non-hierarchical networks answers the questions that were once the dominion of religion, mars the facade of ideology, and erases borders rendering the nation-state obsolete.

The most effective social structure is the one that enables all people to meet their needs and increase their well-being. These social structures aren’t created from the top down or ruled over by elites. They evolve naturally as people are left free to determine how best to meet their objective human needs. Like any natural and spontaneous system this social structure will be far more resilient as it is based in reality – the reality of human needs – and not in myth.

Sadly, Harari fails to see that we have objective human needs and the potential for a truly monumental work slips into a relativistic quagmire with no satisfying solutions on offer. If he did understand objective human needs then he could easily see that we could rid ourselves of the myths of culture he so adroitly pointed out and replace them with a social structure conducive to meeting needs. No myth necessary.